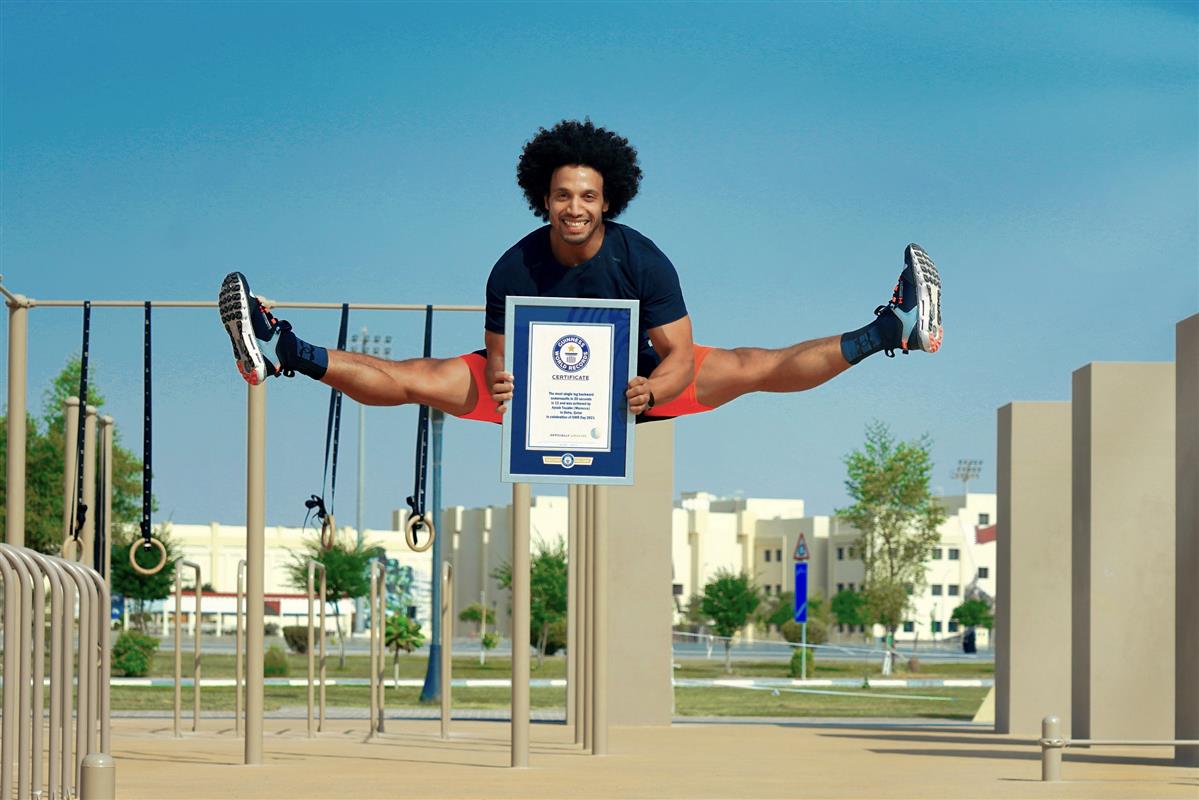 A somersault is a movement in gymnastics in which a person flips in a complete revolution along the ground or in the air bringing the feet over the head. Guinness World Records on Wednesday celebrated the 18th annual GWR Day.

Ayoub is said to be among a few people globally who is able to do this movement on a consecutive basis on one leg. In fact, the movement puts a lot of pressure on a single leg plus the lower back, making it very challenging even for experienced gymnasts. Ayoub developed this skill during his 23 year career and managed to set a world record at the age of 32.

First held in 2004 to mark Guinness World Records becoming the best-selling copyright book of all time, GWR Day has inspired some now iconic record-breaking achievements. This year over 1000 applications were received from aspiring record breakers across the world, hoping to attempt records on GWR Day to secure their place in the next edition of the book.

We would like to hear from you. Please send us a message by filling out the form below and we will get back to you shortly.