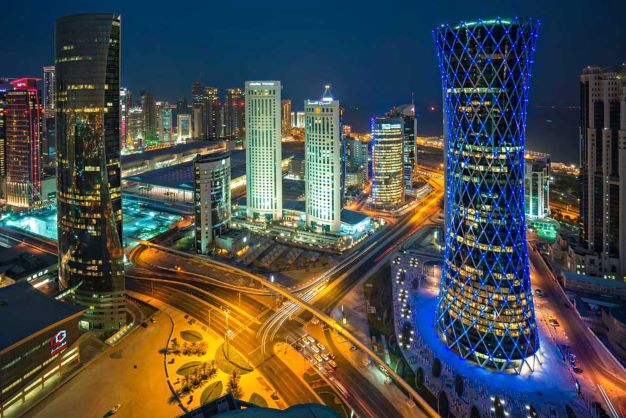 Hosting the FIFA World Cup 2022 puts the spotlight on Qatar as the country is witnessing a surge in its economy in the fourth quarter (Q4) of this year. A major highlight of the fourth quarter is the surging economy, which shows greater resilience as Qatar entered a historic phase by organising the tournament for the first time in the Middle East, according to the Q4 newsletter released recently by the Investment Promotion Agency Qatar (IPA Qatar).

“Located at the gateway between East and West, Qatar offers unparalleled market access and connectivity. In line with Qatar National Vision 2030, the country has embraced infrastructure development as a vital enabler of economic growth and diversification. Major infrastructure expansion and modernisation projects form a robust backbone for domestic and international investments, and have boosted sea, air, and land connectivity. The country’s state-of-the-art physical and digital infrastructure enables access to global markets,” the report noted.

It further said that Qatar offers a stable and resilient economy with a high credit quality rating, stable GDP growth that is the highest in the region, and the fourth highest GDP per capita globally. The Qatari riyal is pegged to the US dollar, providing stability, confidence, and predictability for investors. The country’s economic diversification strategy and colossal investments in infrastructure have and will continue to help the economy grow.

Qatar is constantly expanding opportunities for international companies looking to establish their presence in or extend their reach to Qatar and the Middle East. This is made possible through a rigorous reform agenda, a business-friendly environment, robust financial institutions, and a synergistic range of resources that together form the most empowering and business friendly climate in the region.

According to Fitch Solutions, Qatar will experience a ‘net positive impact’ resulting in a boost to its economy, trade relations and investments while the world turns its focus to the region.

The Planning and Statistics Authority’s latest estimates of GDP for the second quarter of 2022 show solid growth of 6.3 percent year on year (y-o-y) due to strong non-hydrocarbon sector growth of 9.7 percent y-o-y, namely in construction, trade, transportation, and real estate, a testament to the fertile investment envi-ronment of Qatar.

The country’s vibrant research and development ecosystem strengthens its position as one of the world’s most attractive countries for talent. Backed by state-of-the-art educational infrastructure, research programmes and business excellence, Qatar has established the peninsula as a global research pioneer, and a magnet for the world’s best and brightest talent, the report stated.

Source and image credit: The Peninsula.

Qatar unveils transportation plan to divert traffic away from Doha

We would like to hear from you. Please send us a message by filling out the form below and we will get back to you shortly.